We are very sad to announce the passing of Professor Margot Prior.

Margot was a remarkable person, an outstanding researcher and a visionary clinical leader who had a long affiliation with the School. From 1994 until 2002 she was Professor of Psychology in the then Department of Psychology and Director of Psychology at the Royal Children's Hospital, and from 2002 onward she was an Honorary Professorial Fellow in the School. Before coming to the University she pioneered the longitudinal study of child temperament and developmental conditions as an architect of the famous Australian Temperament Project, and became the first woman to hold a professorship in clinical psychology in Australia when La Trobe University appointed her to that role in 1989. Before finding her calling in psychology Margot had a storied career as an orchestral musician after receiving degrees in arts and music at this University. 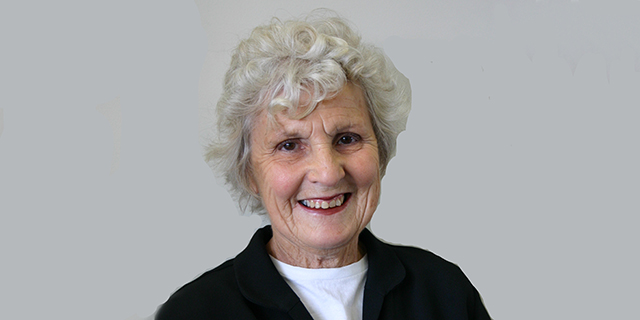 Margot is best known for her distinguished and prolific record of scientific publication on child temperament and mental health, and especially for her work on autism. Her outstanding legacy in this field is continued at the Margot Prior Autism Intervention Centre, based in the Margot Prior Wing of the La Trobe University Community Children’s Centre. Her leadership and scientific contributions in this field, and also in advocacy for child welfare and social justice, reflected in her chairing the Social and Human Sciences Network for UNESCO, were widely recognized. Among many other honours she was appointed an Officer of the Order of Australia (2005), as Victoria's Senior Australian of the Year (2006), and winner of the Lifetime Achievement Award of the International Society for Autism Research (INSAR; 2018). She also served in many leadership and service roles, including as Patron of Autism Victoria, Chair of the Olga Tennison Autism Research Centre, and a member of numerous advisory committees and editorial boards.

Margot made great contributions to our School and our discipline but will be most keenly remembered by her colleagues for her personal warmth, enthusiasm, acute intelligence and generosity of spirit. She was a trailblazer in the field of child clinical psychology and left her mark on generations of trainees. It is most fitting that the School recognized her distinguished impact in recent years with the award of a Doctor of Science degree (honoris causa) and the naming of our early career researcher prize in clinical psychology after her. We are hugely grateful to Margot for being such a substantial part of our School and at a personal level, I feel very fortunate to have been able to collaborate on research with her. She will remain an inspiring female role model in academia for generations to come and was a true pioneer in her field. We extend our sincere condolences to her loving family, who are also in our thoughts.