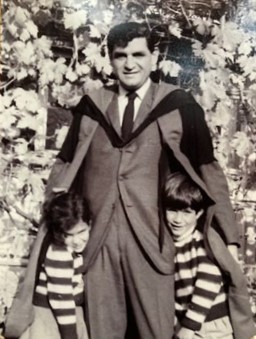 Peter Glow was a highly respected psychologist, scholar and teacher, and a highly esteemed colleague and friend.

Peter graduated with a B.A in Psychology (Melbourne) in 1955. He then studied for a PhD in experimental psychology at University College, London, graduating in 1958. Peter was appointed to a Lectureship at the University of Adelaide in 1959. He rose rapidly through the ranks and was appointed to a Personal Chair in 1974. He continued at Adelaide until 1993 when he retired and was named Professor Emeritus.

Peter’s research interests in experimental psychology at the University of Adelaide encompassed learning, motivation, sensory perception and physiology. He was especially interested in intrinsic motivation and how research subjects not only learn to respond to but also take control of their environment. Together with colleagues and students, he investigated behavioural responses to changes in sensory stimulation and reinforcement, including the combined effects of sensory stimuli from multiple modalities.

Peter chaired the University of Adelaide Education Committee (renamed the Academic Board) and, for a time, was Acting Vice Chancellor of the University. Peter, with a keen eye for contemporary Australian painting, was a Deputy Chairman of the Art Gallery of South Australia. He was also an Associate Editor of the Australian Journal of Psychology.

Joined by his wife Dr Roslyn Glow OAM (nee Alexander), a University of Melbourne BA graduate and University of Adelaide PhD graduate in psychology, Peter returned to Melbourne at the end of 1992. They first resided in East Melbourne and then Drummond Place, Carlton.

Peter was born in Berlin in 1930 to Józef and Betty Glowinski. His family fled from Nazi persecution and arrived in Melbourne May 1939, four months before the outbreak of World War 2. Peter attended St Kilda Primary School, Elwood Central School and Taylors College. He entered the University of Melbourne in 1948, enrolling in the newly established Department of Psychology headed by Professor Oscar Oeser. He studied part-time while supporting himself following a car accident in which his father, a tailor, lost an arm. Peter worked in the Law School Library and for one year was a teacher at Hampton High School. At University he became interested in politics and was a member of the University ALP club. Photographs show Peter was ruggedly handsome and he was popular with fellow students.

In his last years, Peter became increasingly interested in his family roots – the fate of his grandparents during the Holocaust, what happened to his old School, and to the house on Neue Jakob Strasse, Berlin, where the Glowinski family lived before fleeing from Nazi Germany.

Peter recalled walking to school on November 10, 1938, the morning after Kristallnacht, when the Nazis torched Jewish shops and synagogues. He saw the smouldering ruins of the Synagogue adjoining his school. Peter rarely spoke about the virulent antisemitism he witnessed and experienced in Berlin because it was too painful.

Peter was a very proud Australian. He was grateful for the new life and opportunity given to both his family and the many thousands of refugees who came to Australia before and after the War. They, like Peter, contributed so much to their new country.

Peter was a good man. Together with Roslyn he was caring, kind to the less fortunate, generous in his assistance and support. He loved family, loved learning and good books, loved travel, loved good company and conversation, loved extending hospitality, and loved life until the end. 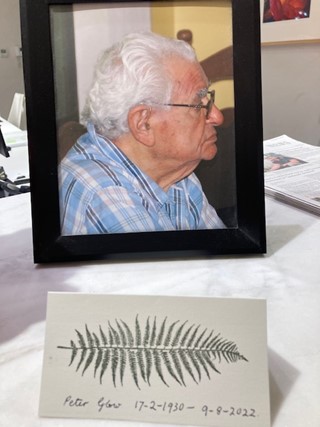