Attitudes of Australians to the Government’s COVIDSafe contact tracing app

The CHDH has been leading international research looking at public perceptions of governmental tracking technologies as a response to the COVID-19 pandemic. We have just completed wave three of our survey which focuses specifically on the Australian public’s perception and uptake of the COVIDSafe app. You can see the entire preliminary analysis here, but we reproduce a few highlights below:

1) In our survey, 44% of people had already downloaded the COVIDSafe app and a further 15.4% indicated that they intended to. Further, 91% of COVIDSafe app users are registered & have bluetooth switched on when they leave the house. These numbers are higher than one might estimate from the number of downloads that have occurred—probably because the survey is delivered online and so there will be some sampling bias despite our attempts to control for gender, age and state of residence.

2) We asked people to rank order their reasons for downloading the app. The dominant reason was to return to normal activities. The economy did not rank highly. 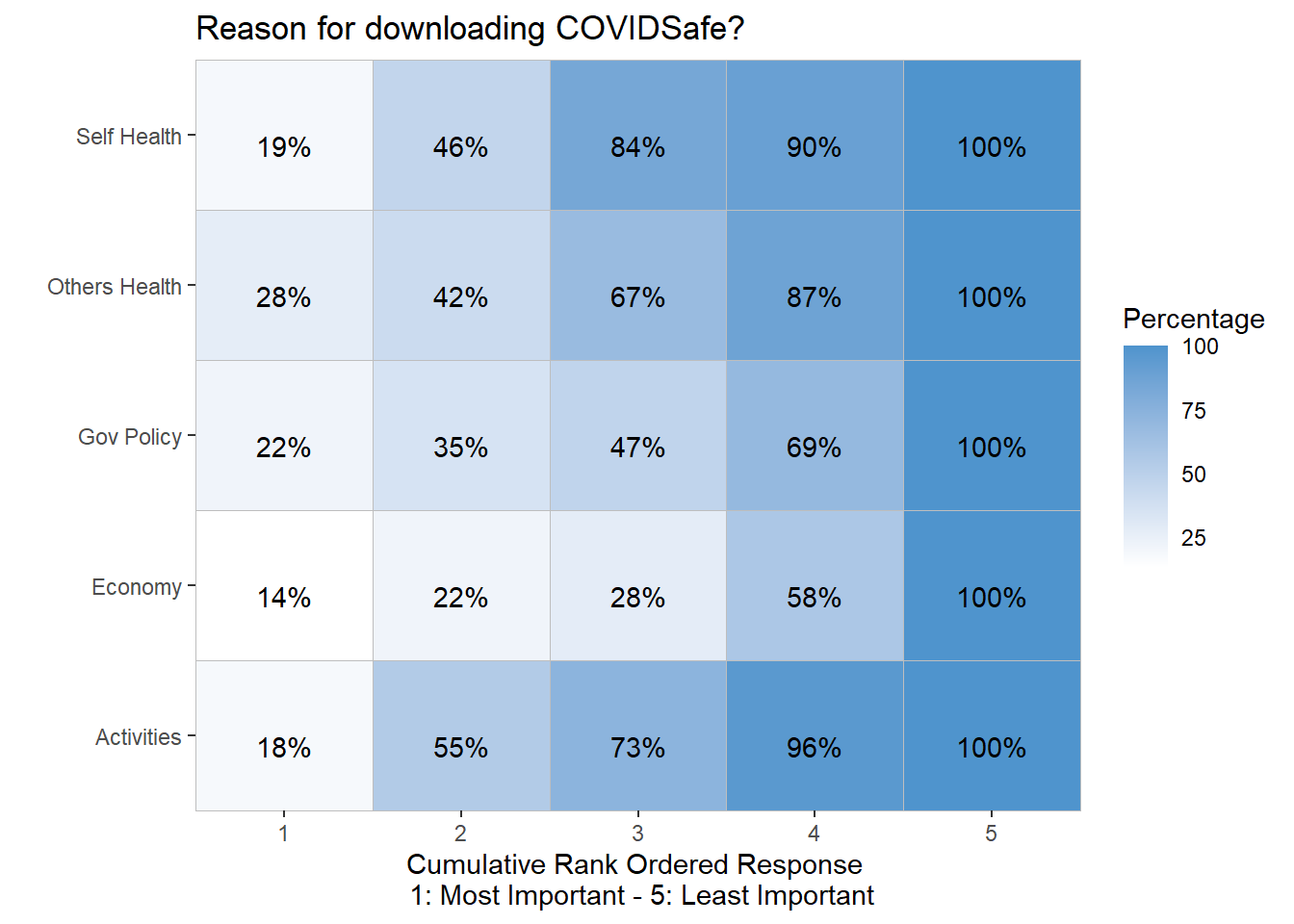 3) We also asked the people who intend to, but have not yet downloaded the app, why that was the case. Many people hadn't had time or had not thought about it. A reasonable number are still considering and/or waiting for legislation. From the Government’s perspective, this may be seen as good news as many of these reasons are remediable. 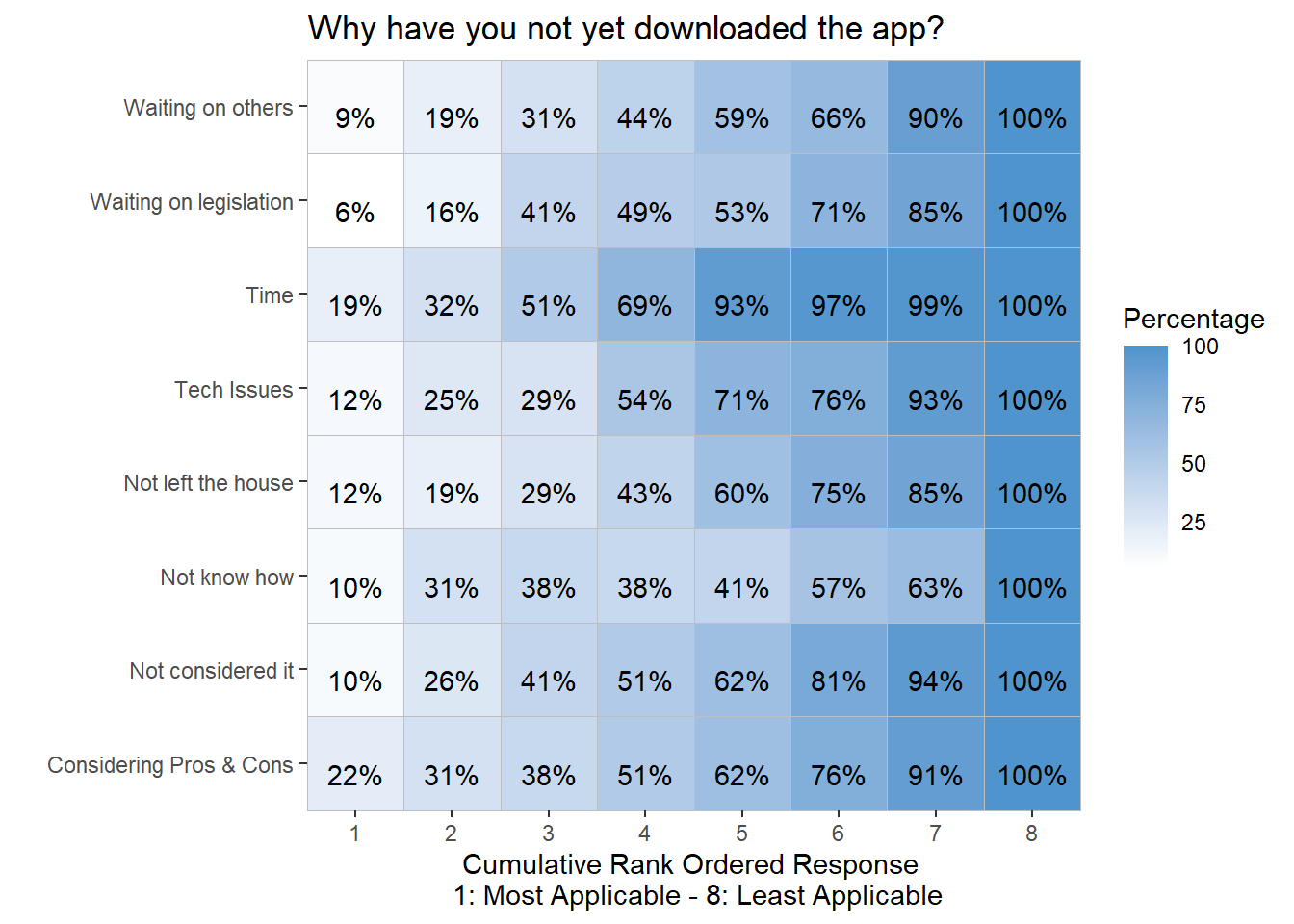 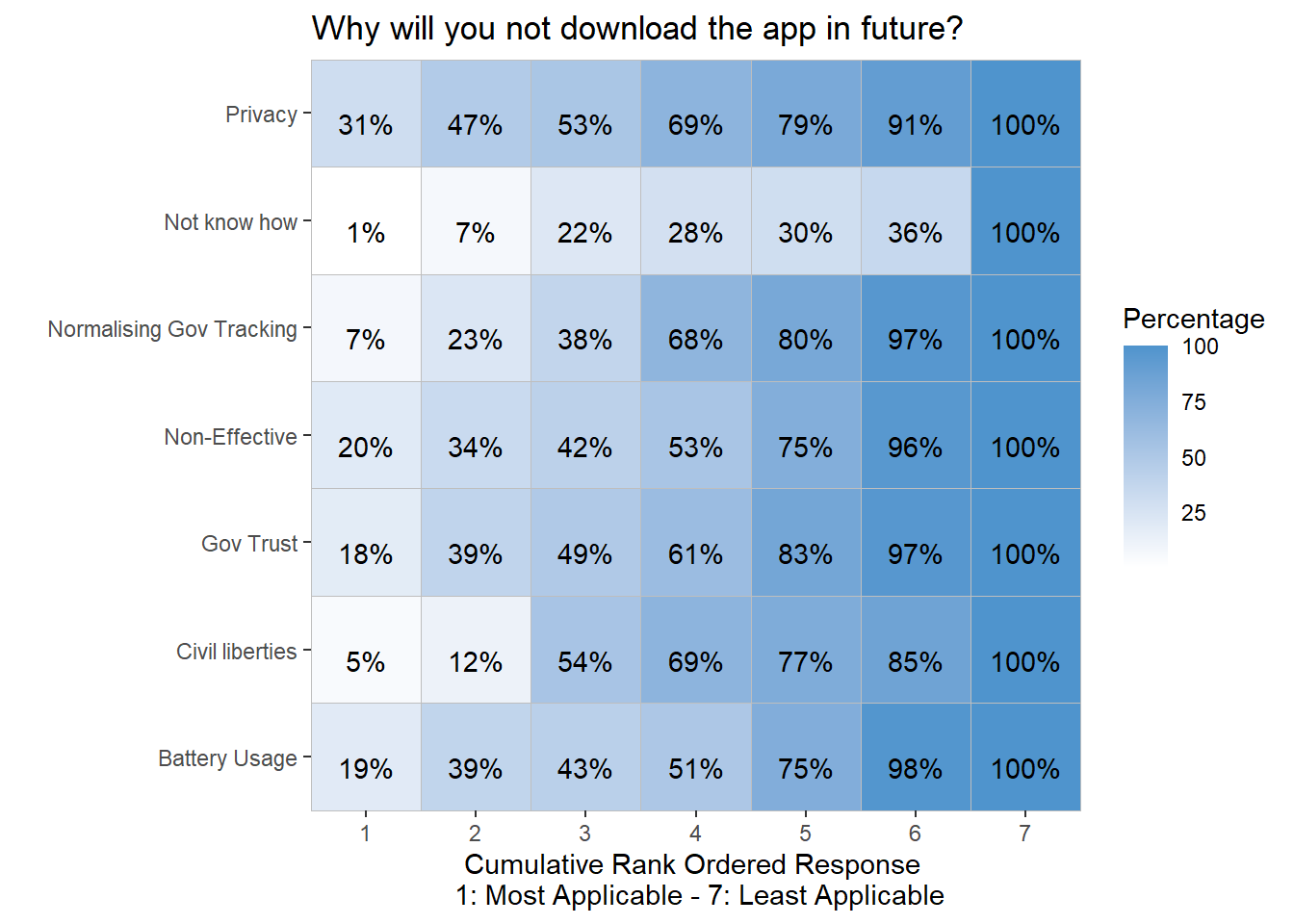 5) Of those who have not downloaded the app many either don't know how it works or believe it uses location data. 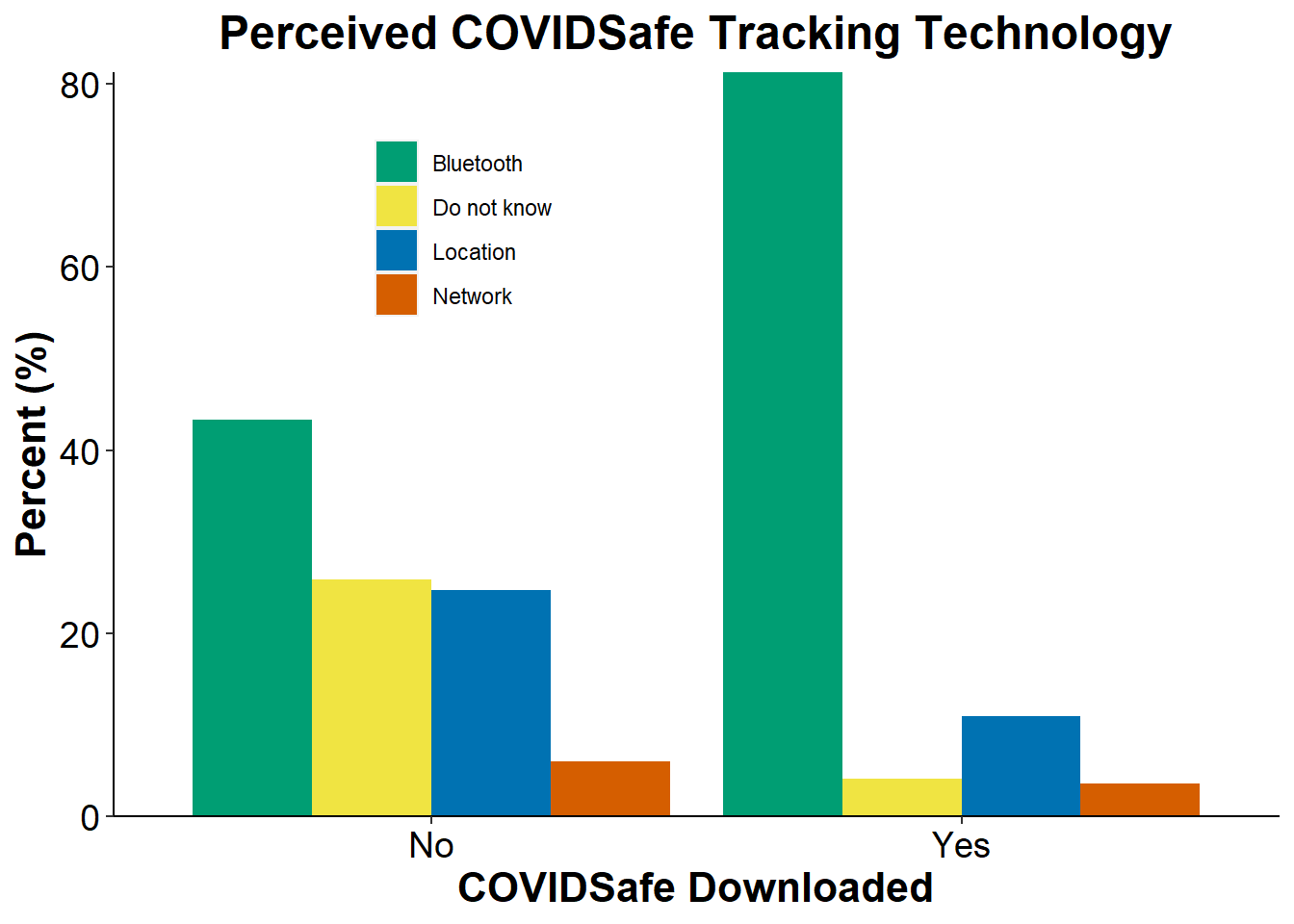 6) While the Prime Minister does not seem to be convincing people to download the app, other politicians and government advertising is more persuasive. 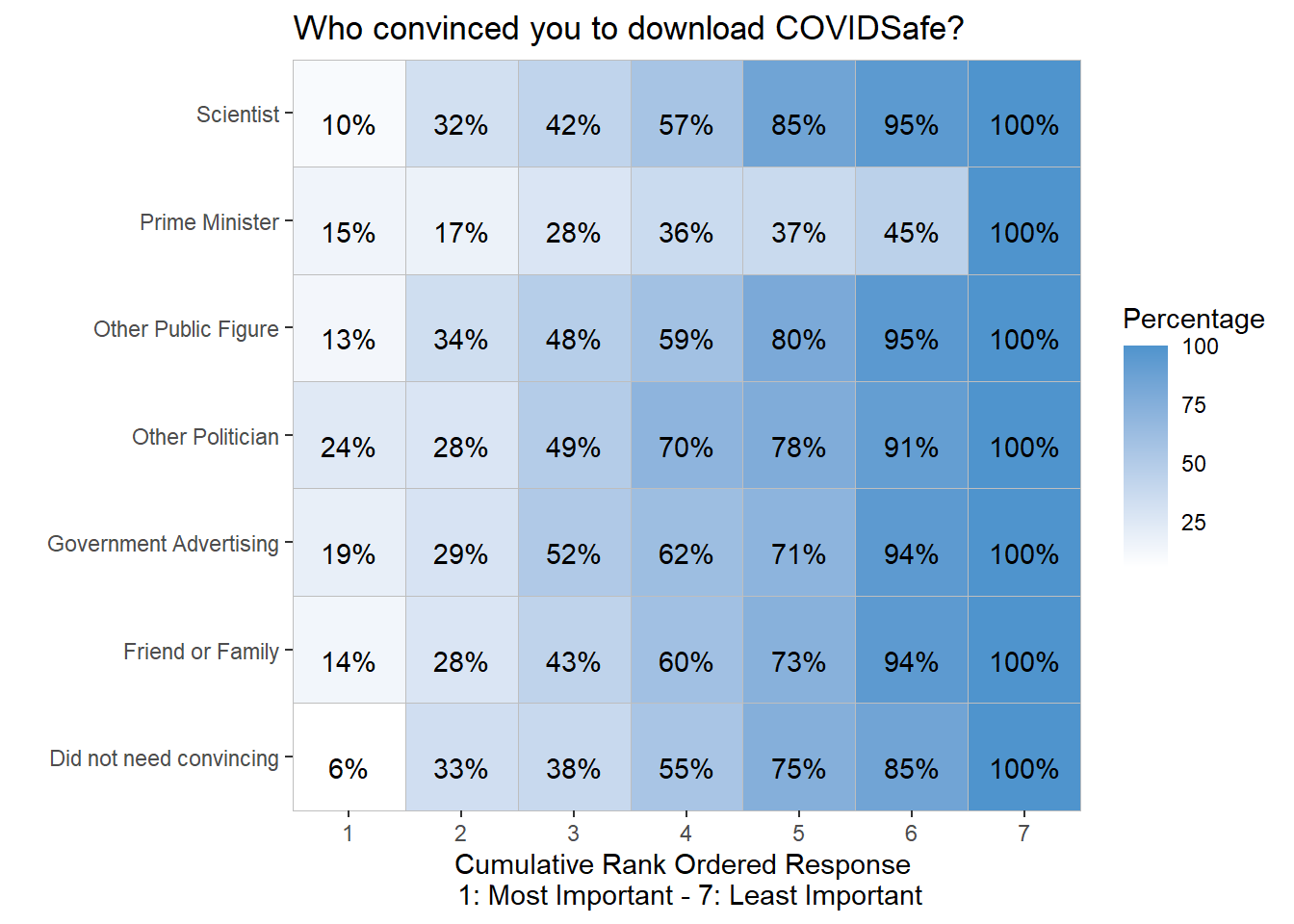 To see the results from the previous waves of our survey, and of our international collaborators in the UK, US, Spain, Switzerland, Germany, and Taiwan see here.