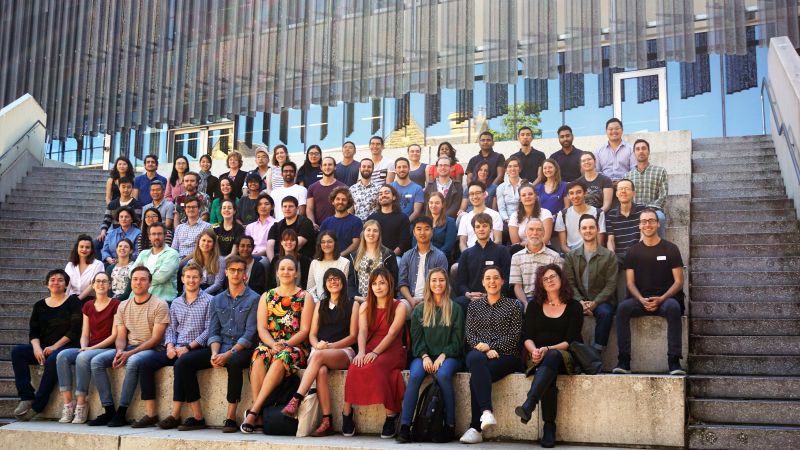 Like many other researchers, psychologists are making increasing use of computational analyses of large data sets. The skills required draw on several disciplines including computer science, mathematics, and statistics, and are not well covered by the traditional psychology curriculum. The Complex Human Data Hub (CHDH) at the Melbourne School of Psychological Sciences specializes in this style of research, and recently launched a summer school to teach the relevant techniques to the next generation of researchers.

The first iteration of the school was organized by Charles Kemp, Amy Perfors, and Simon Dennis (all from the CHDH) and Danielle Navarro (UNSW), and held from December 9 to 14 at the University of Melbourne. We received more than 130 applications and were able to accommodate 68 enthusiastic participants from all around the country and two from overseas. The majority of participants were graduate students, but undergraduates and industry researchers were also represented. Participants came armed with laptops, and the program was organised around hands-on sessions that allowed them to try out new computational tools and techniques for themselves.

The participants dived into the material with vigour and brought a cheerful spirit of collaboration to the entire week. During the hands-on sessions it was standard to see people discussing ideas with each other and solving problems together. The opportunity to spend time with like-minded individuals was probably at least as important as the official course material, and we hope that future versions of the school will continue to strengthen ties between early career researchers all around the country.

Many thanks to Danielle Navarro for spending a week in Melbourne to teach at the school, to Elle Pattenden for outstanding administrative support, to the MSPS for financial support that made the school possible, and to all of our participants for their contributions to the week.