Do You Know What You Did Last Summer? The Fallacy of an Airtight Alibi

It is estimated that approximately 7% of American prisoners were falsely incarcerated. A famous example of this involves Ronald Cotton, who was given a life-plus-50-year sentence in 1985 on charges of rape and burglary. However, DNA evidence proved his innocence nearly a decade later. How could this have happened, you may ask? There are two main reasons; the first being that he was simply misidentified by the victim. However, more importantly, Mr Cotton's alibi was unable to be corroborated and therefore could not prove that he didn't commit the crimes. Specifically, it couldn't be corroborated because he misremembered his whereabouts at the time of the crime, instead telling the police where he was on the same day during the week before the crime. For an error with such severe repercussions, recent research has indicated that they're surprisingly common.

What did this research involve?

This recent research refers to an article in Psychological Science by Complex Human Data Hub members and affiliates (see below). They aimed to determine the prevalence of these sorts of errors and to explore what information people rely on for determining their whereabouts, to better inform the legal field on the reliability of different types of evidence. To this end, 51 volunteers downloaded the Unforgettable Research Services app (see below, www.https://www.unforgettable.me/) onto their phones which collected various types of data over the four-week participation period. These data types included their GPS location, occasional sound recordings of their surroundings, and how fast they were moving.

A week after the end of data collection, participants were tested on their memories of their whereabouts during the participation period. They were given a time and date, and were asked to select their whereabouts on a map at that time out of four possible options, which were places they had also been (see below). They were then asked to rate how confident they were in their choice. 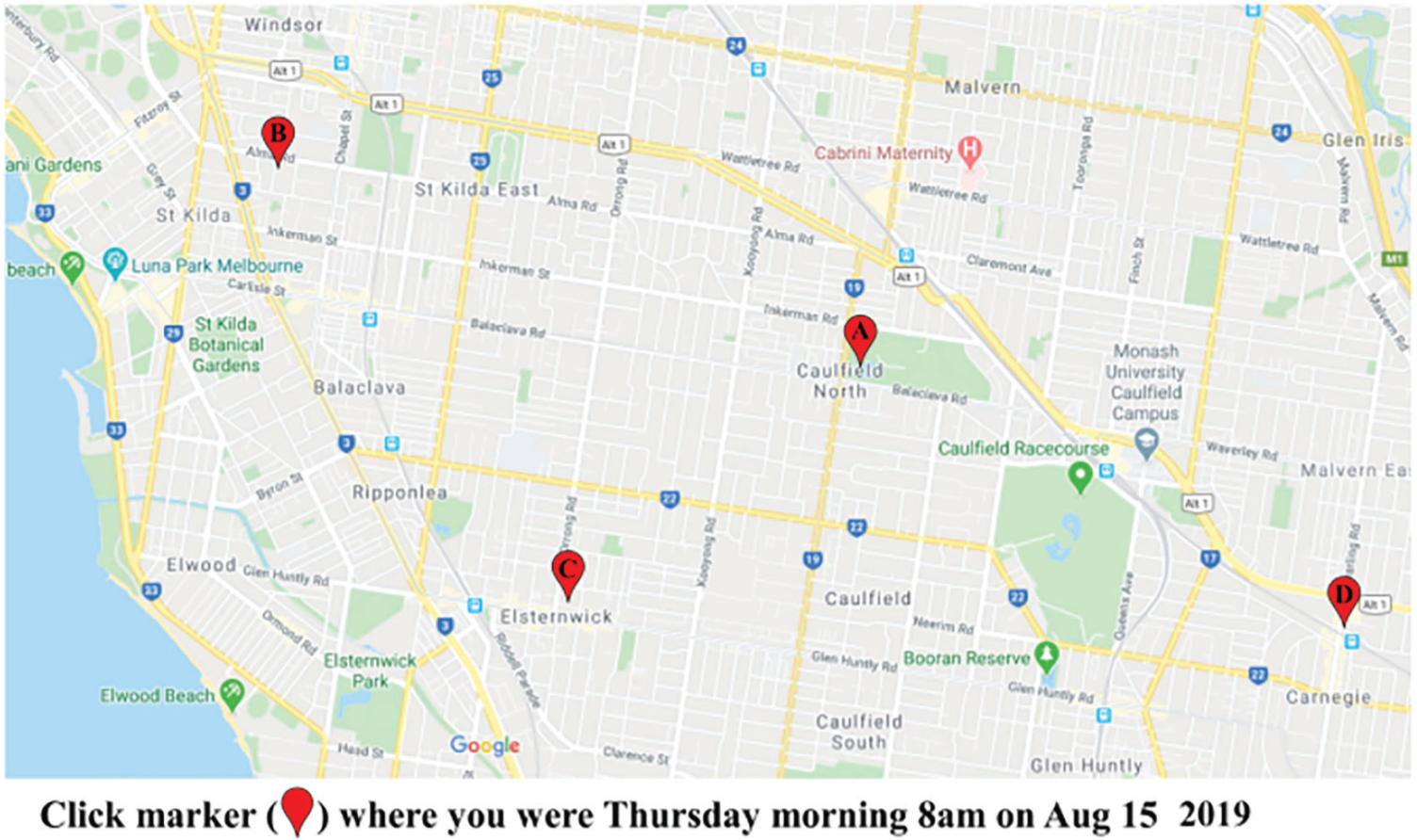 What did the research show? What does this mean?

Participants had an average accuracy rate of 64%, meaning that they made errors on approximately a third of their guesses. Additionally, participants were more likely to be correct in their guess if they were more confident about it. Different types of data were also found to vary in their likelihood of leading to a correct choice. While accelerometry data, audio, and time cues were believed to affect participants' choices, GPS data was the most effective data type. Like in Ronald Cotton's case, 19% of participants' choices were locations where they were on the right day of the week, but during a different week. Similarly, 8% chose the right time on the wrong day.

If a third of alibis had similar errors to that of Mr Cotton, it could have people falsely imprisoned while a real perpetrator could be overlooked. Hence, lawyers and law enforcement personnel should be aware of these memory errors to discern the truth more accurately. As for everyone else, services like Unforgettable.me can automatically record and store your data to act as a backup for you to avoid such errors in your own life.

The article mentioned here was by the following researchers:

A piece in The Economist about this article can be found here.