Professor Rob Hester is our new Head of School

Professor Rob Hester took over as the Head of School at the Melbourne School of Psychological Sciences (MSPS) on Wednesday 7 April. 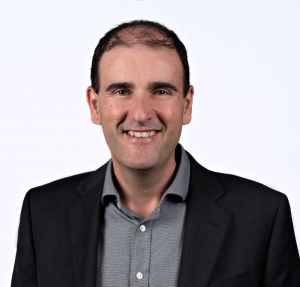 Professor Hester is a cognitive neuroscientist and has held academic positions in the School supporting Research/Research Training, Teaching and Learning portfolios, and most recently Associate Head of School. He is delighted and honoured to take on the role of Head of School.

“I consider taking on the role a privilege, one that affords the opportunity to help the students and staff of our School emerge from one of the most challenging personal and professional years that many of us have faced,” he said.

Following which he was a Senior Research Fellow in the School of Psychology at the Queensland Brain Institute, University of Queensland, before moving to The University of Melbourne in 2008 as a research fellow.

Professor Hester succeeds Professor Sarah Wilson who has served as Head of School since 2017. MSPS grew substantially under her leadership with almost 12,000 enrolments providing undergraduate and graduate pathways to professional psychology practice in 5 University Divisions (MDHS, Arts, Science, FBE, MGSE). Professor Wilson has been appointed to the role of Pro Vice-Chancellor (Student Life).

Professor Wilson’s appointment is not only a recognition of her career achievements but also her most recent work as the Head of School, Faculty leadership team and the Chancellery Student Life portfolio. Her leadership throughout the past five years as Head of School, but particularly the most recent 12 months during the most trying professional and personal circumstances many of us have experienced, has been immense.

Professor Hester is very grateful for her contribution and says, “I want to thank Sarah for her tremendous stewardship of our school and wish her the best in her new role, we are very proud of her.”

Looking ahead, Professor Hestor was particularly optimistic about the impact the School can make in the field of psychological sciences. He said, “The psychological training and scientific research we provide our community are as important as they’ve ever been, and through partnerships with organisations and across the University we hope to grow the opportunities to engage with, learn from and help our community.”