An Open Dialogue about Open Science 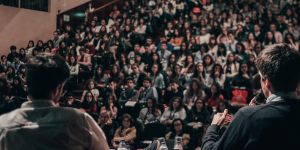 How is confidentiality managed when we make data open? How can we remove perverse incentives in academia? Can gathering more reliable “effects” make up for poor theory development? Brian Nosek, co-Founder and Executive Director for the Center for Open Science, will answer these questions and more from Melbourne School of Psychological Science staff and students in a School Colloquium this April. The open science movement has gathered momentum in multiple academic disciplines, and is now a household name in psychology. But there are still open questions to be discussed, debated, and decided on regarding our roles as scientists and educators. Join us for an interactive colloquium as Brian answers every question you ever had about open science—how far we can go, and where some of the boundaries may be.

Brian Nosek is co-Founder and Executive Director of the Center for Open Science that operates the Open Science Framework. COS is enabling open and reproducible research practices worldwide. Brian is also a Professor in the Department of Psychology at the University of Virginia. He received his PhD from Yale University in 2002. He co-founded Project Implicit, a multi-university collaboration for research and education investigating implicit cognition – thoughts and feelings that occur outside of awareness or control. Brian investigates the gap between values and practices, such as when behavior is influenced by factors other than one's intentions and goals. Research applications of this interest include implicit bias, decision-making, attitudes, ideology, morality, innovation, barriers to change, open science, and reproducibility. In 2015, he was named one of Nature's 10 and to the Chronicle for Higher Education Influence list.